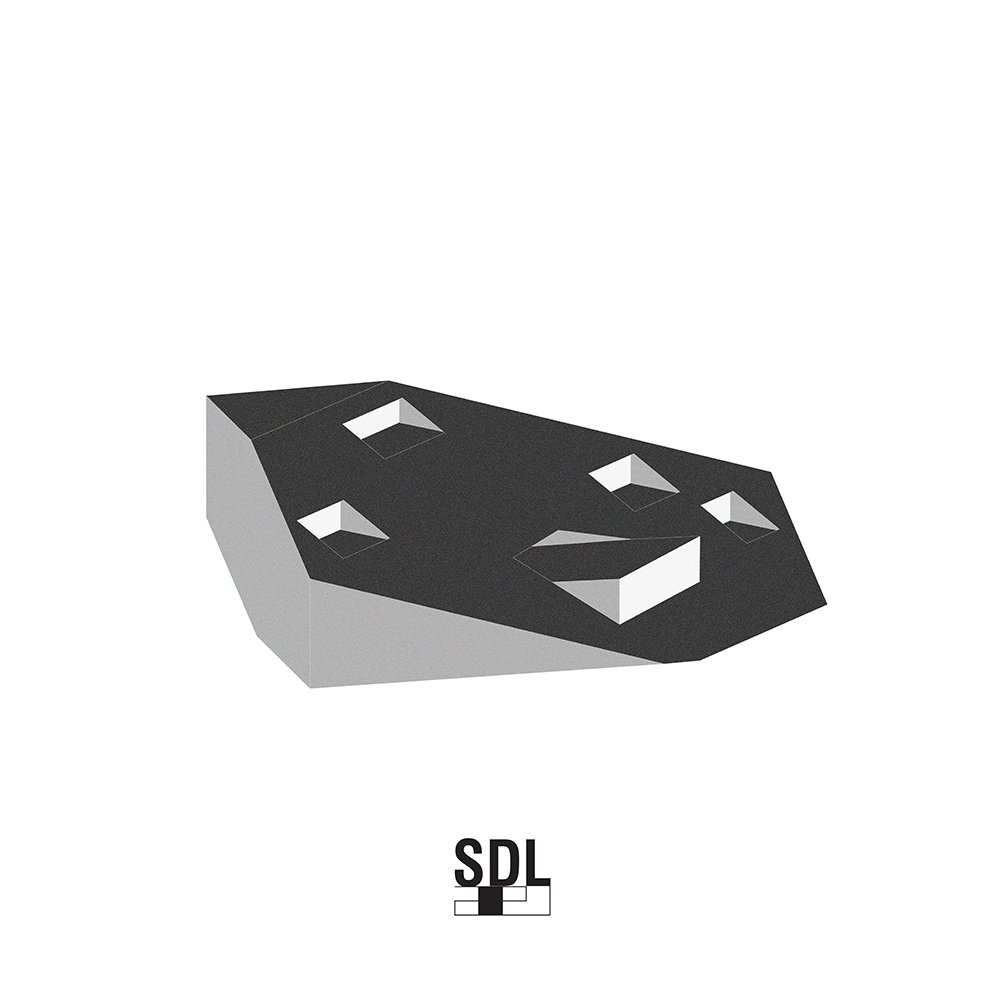 Incheon is a port city that faces the sea geographically, and has traditionally been a place where people from all over the country and from all over the world flow in. Currently, Incheon is attracting various talents and resources from all over the world through Incheon International Airport, an international hub airport. Particularly, Songdo is a center for fostering international talents representing Korea, with international organizations, branches of domestic and foreign universities, and multinational pharmaceutical companies. We proposed a library that reflects the geographical and regional characteristics of Incheon and Songdo. Firstly, we planned to harmonize the landscape with the mixed context of the surroundings while keeping an efficient flow and movement. The site is spread out over the West sea to the west, a number of international schools are located on the west side, the Incheon University Songdo campus is located on the south side, and the high-density residential area is located on the north side. The green area adjacent to the east side of the site plays a pivotal role in connecting the entire Songdo city to the east, west, north and south, and connects the university to the south. We connected from the ground to the roof of the building, so that local residents and students can climb the roof of the building and view the West Sea without interruption of traffic from nearby residences, parks and universities. Secondly, we planned that the library to be located in Songdo will be efficient to the original function of the library, preservation and sharing, and have a versatility in the space configuration. The library is a facility that allows organizations, groups, and individuals to collect and organize a variety of information so that an unspecified number of people can read and lend it. It is defined as “plays an important role in education, work and leisure.” We created a space for the best environment of preservation and sharing by reflecting the regionality of Songdo, an international city, so that talents gathered not only in Korea but also from all over the world could share their wisdom. At the same time, by taking the idea of re-configuration in the layout, we planned to use the space flexible according to the different necessities. 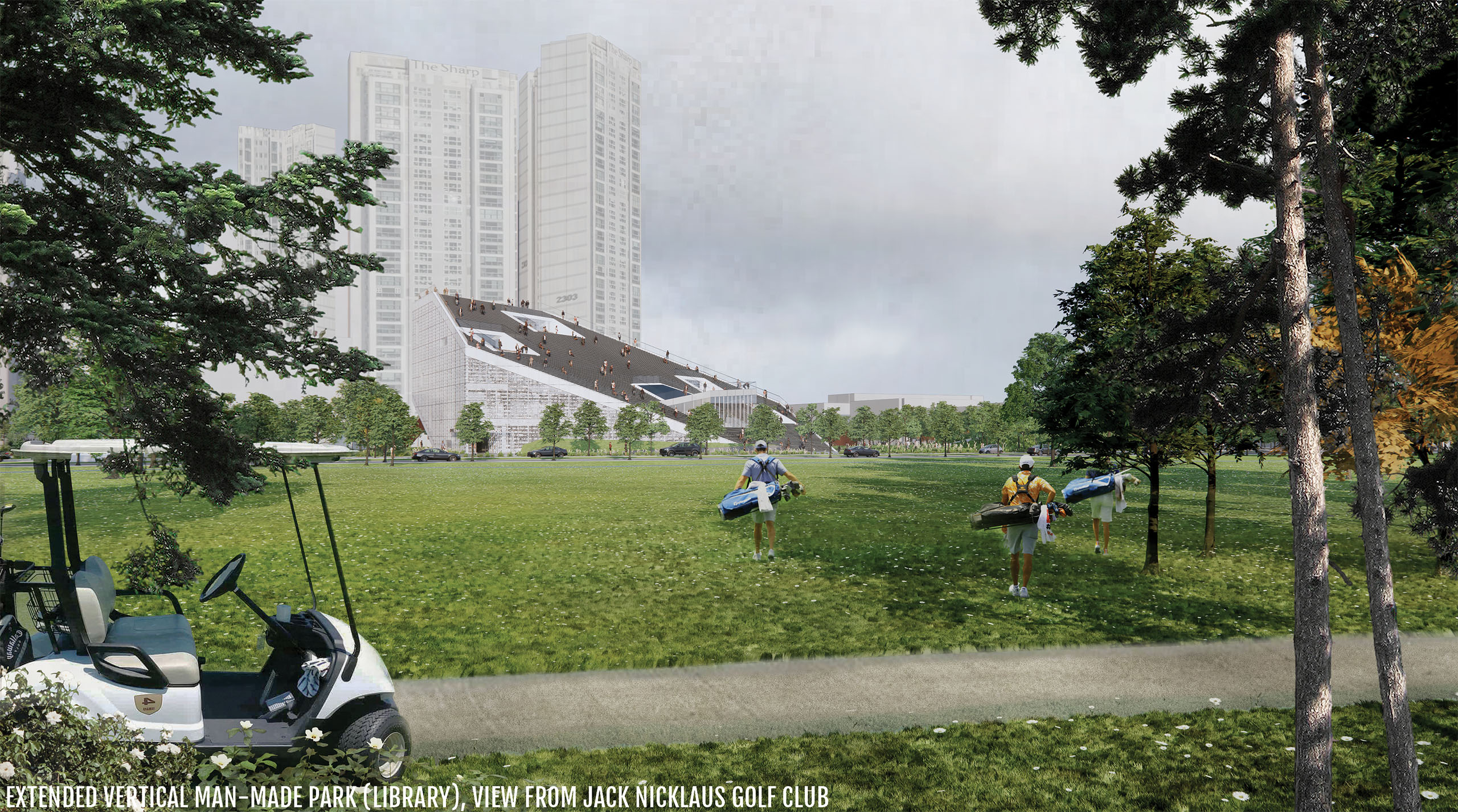 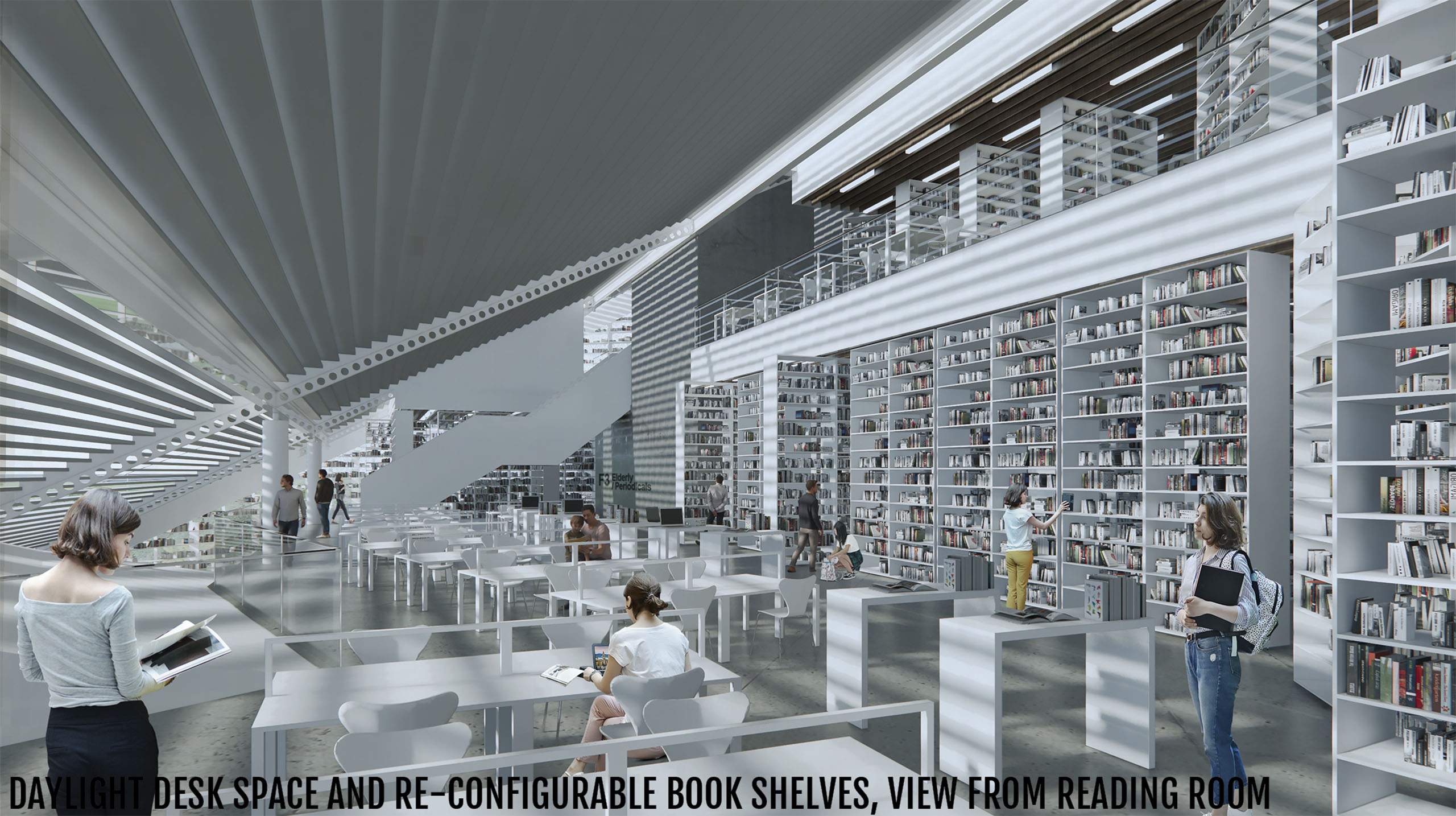