Last summer, I-5 Skagit River Bridge suddenly collapsed into the river when an over-height truck was stuck in 2013. At the same time, two vehicles with three people fell with the span. Along the same vein, in 2007, Minneapolis I-35W Bridge suddenly collapsed. These two accidents show the unforeseeable nature of infrastructure in the city in terms of reliability. In the late 19th century, the advent of automobiles, such as cars and trains radically transformed the city and the life of people. Accelerating automobiles’ speed seemed like a good idea at the time, so the road widened and highwaytified in city for expanding traffic volumes. Yet, it turned out that infrastructures such as bridges, highways and railways cause safety threat, high cost of maintenance and hazardous environmental impact. Traffic congestion, increasing road maintenance and parking costs, a lack of mobility for non-drivers are followed as a major problem in the world. So, the question arose, is abandonment or demolition inevitable? Many cities have saved and innovatively re-purposed obsolete, dysfunctional and sometimes historic infrastructure such as viaducts and aqueducts. We could identify the notion of obsolescence which was a static, yet it can be redefined as a dynamic organ. So the vision of this project is a finding ideas of re-configurable infrastructures to be a regenerative figure.

Architecture continuously have evolved with demands, thus it is time to think and redefine with a different perspective for accommodating viable and resilient city. Recent shift in paradigms challenge the current approach the relationship between infrastructure and architecture, fronting new questions as to what role architects plays in developing new frameworks for reconfiguring obsolete infrastructure. The changing architecture forces societies to turn to an examination of current usage and the subsequent programs bridge provides not limited technological innovation.

The bridge could be understood as a permanent installation for functional necessity connecting point A to point B, yet contemporary maintenance deferrals and changes in mobility have rendered many of these structures obsolete. All in all, within these contexts, it provokes, how can we utilize the obsolete infrastructure and provide resilient system, while increasing capacity of passengers and releasing congestion and energy consumption? As an architect, can we feasibly preserve and transform it to serve new purposes and catalyse new activities?

Obsolete infrastructures can be redefined through series of retrofits providing an autonomous system that links the cities. Enacted zoning revolutions promote a self-sufficient, walk-able infrastructure that will serve as a pedestrian friendly network. 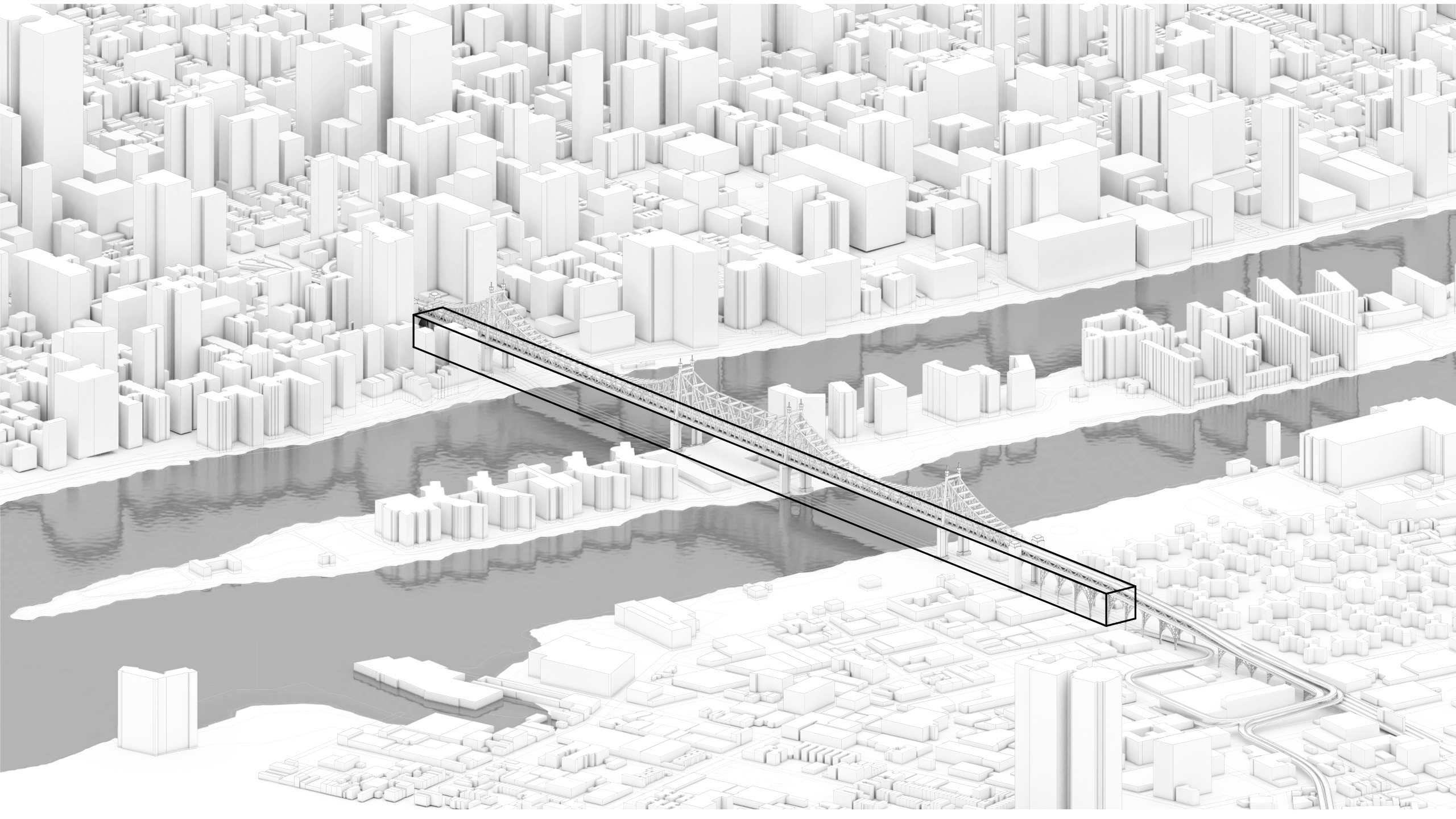 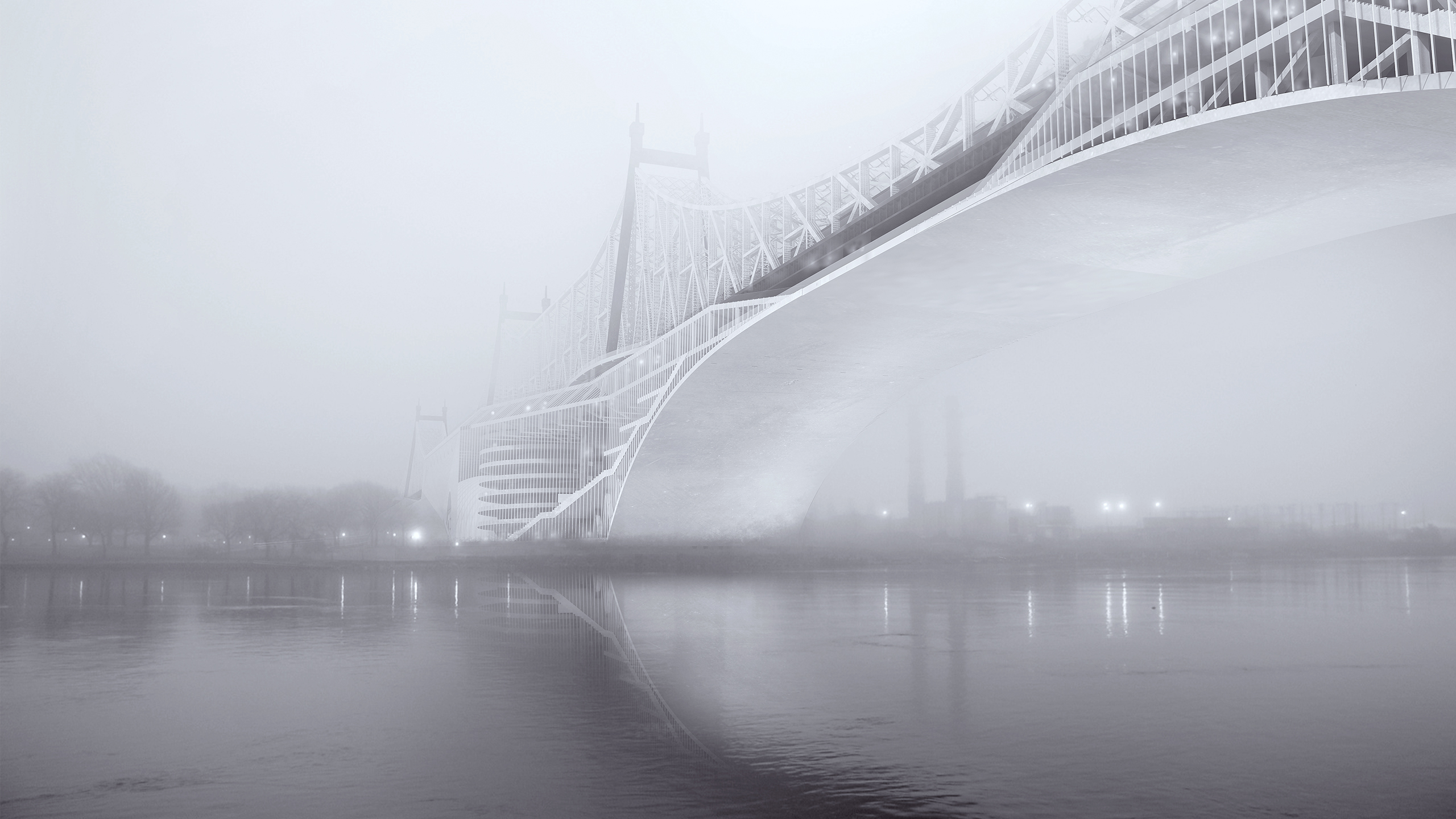 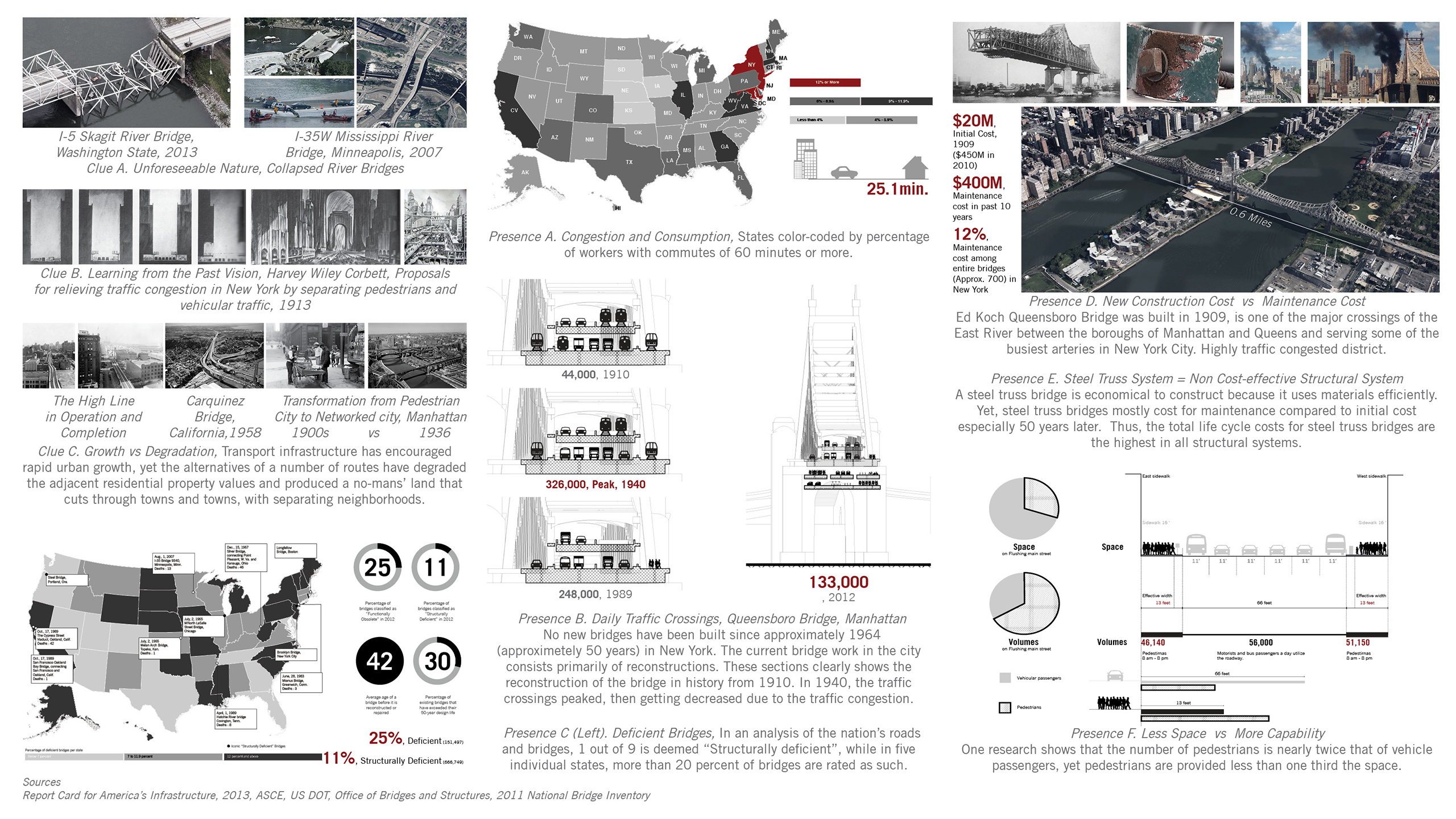 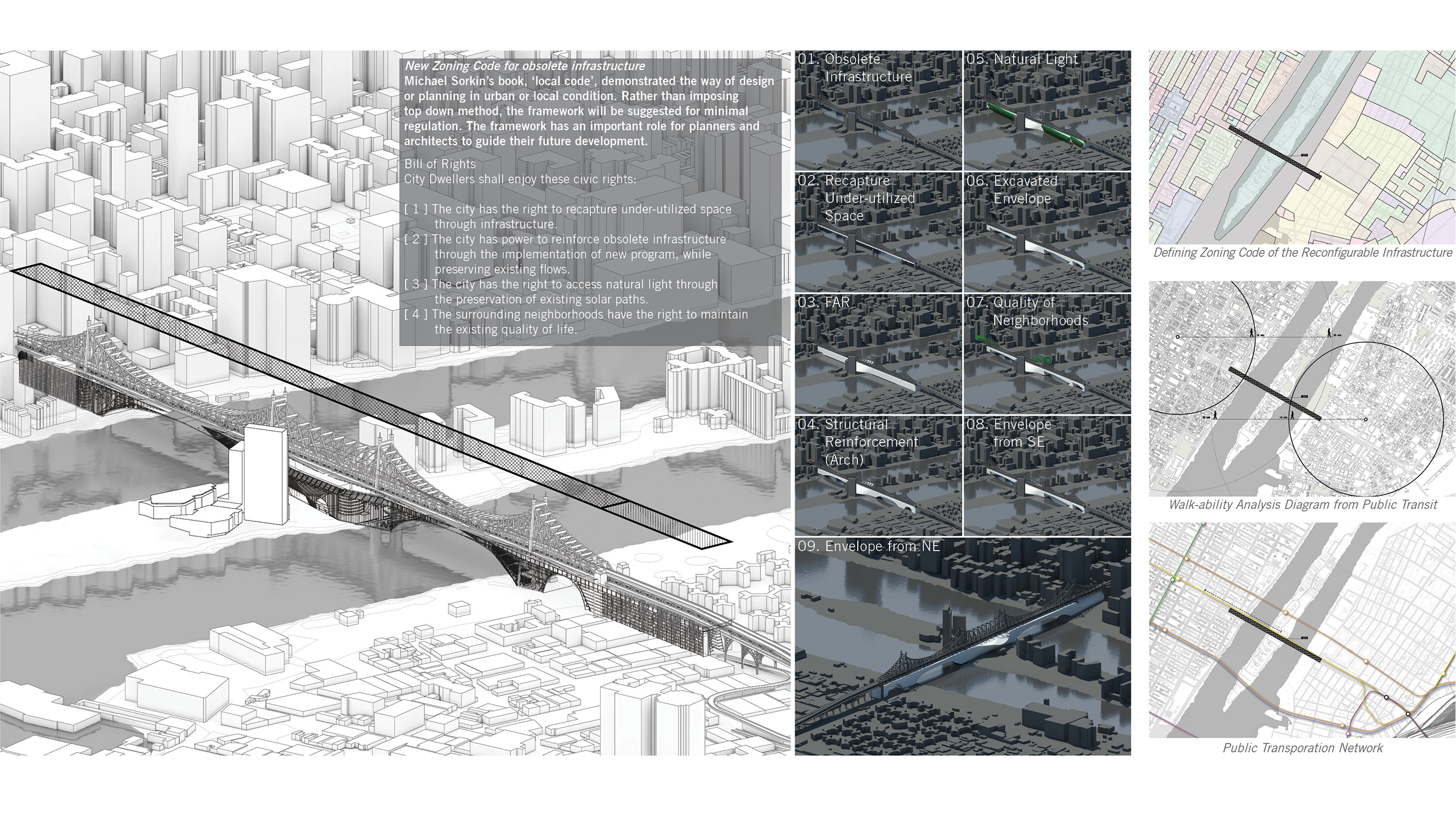 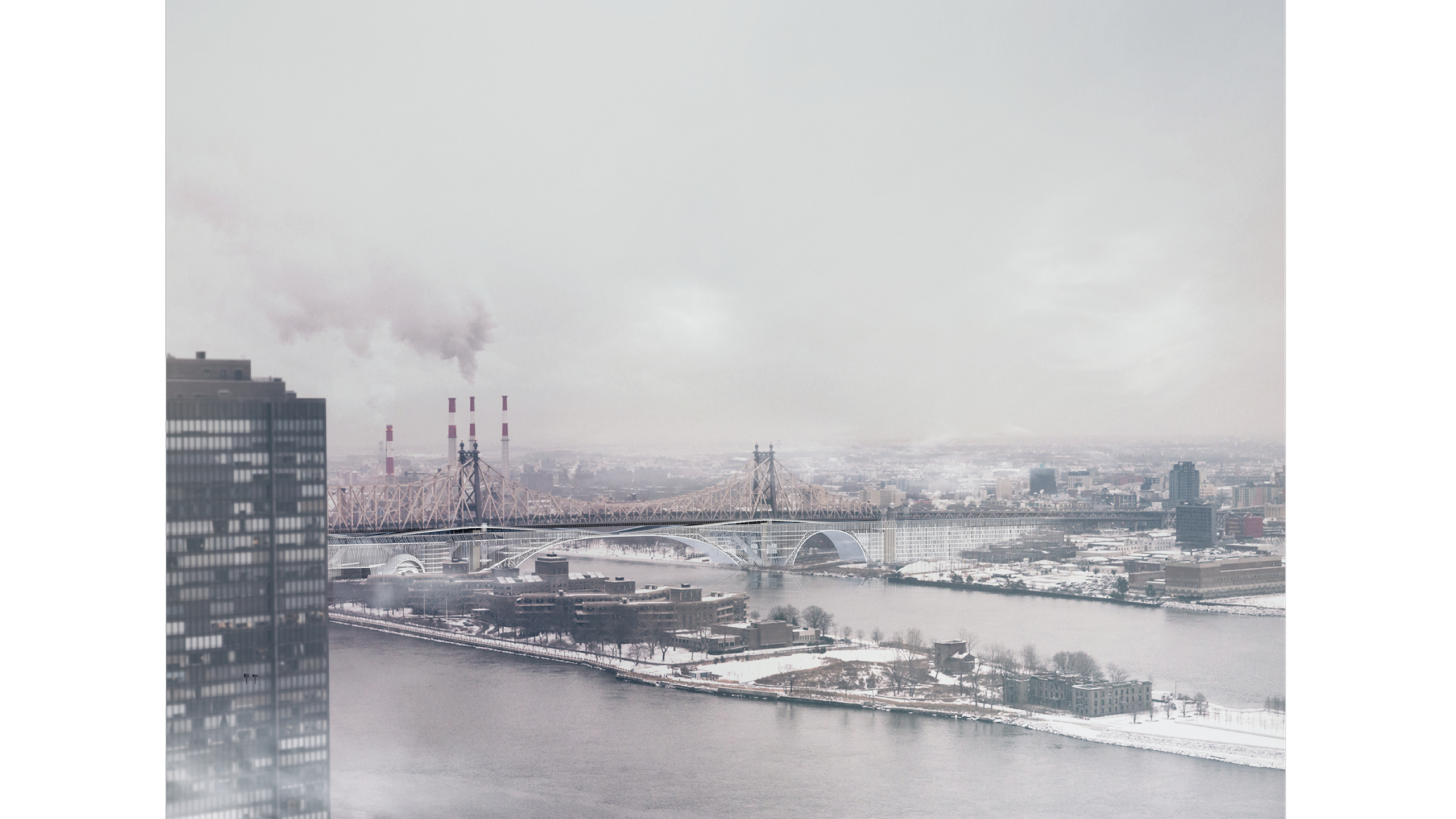 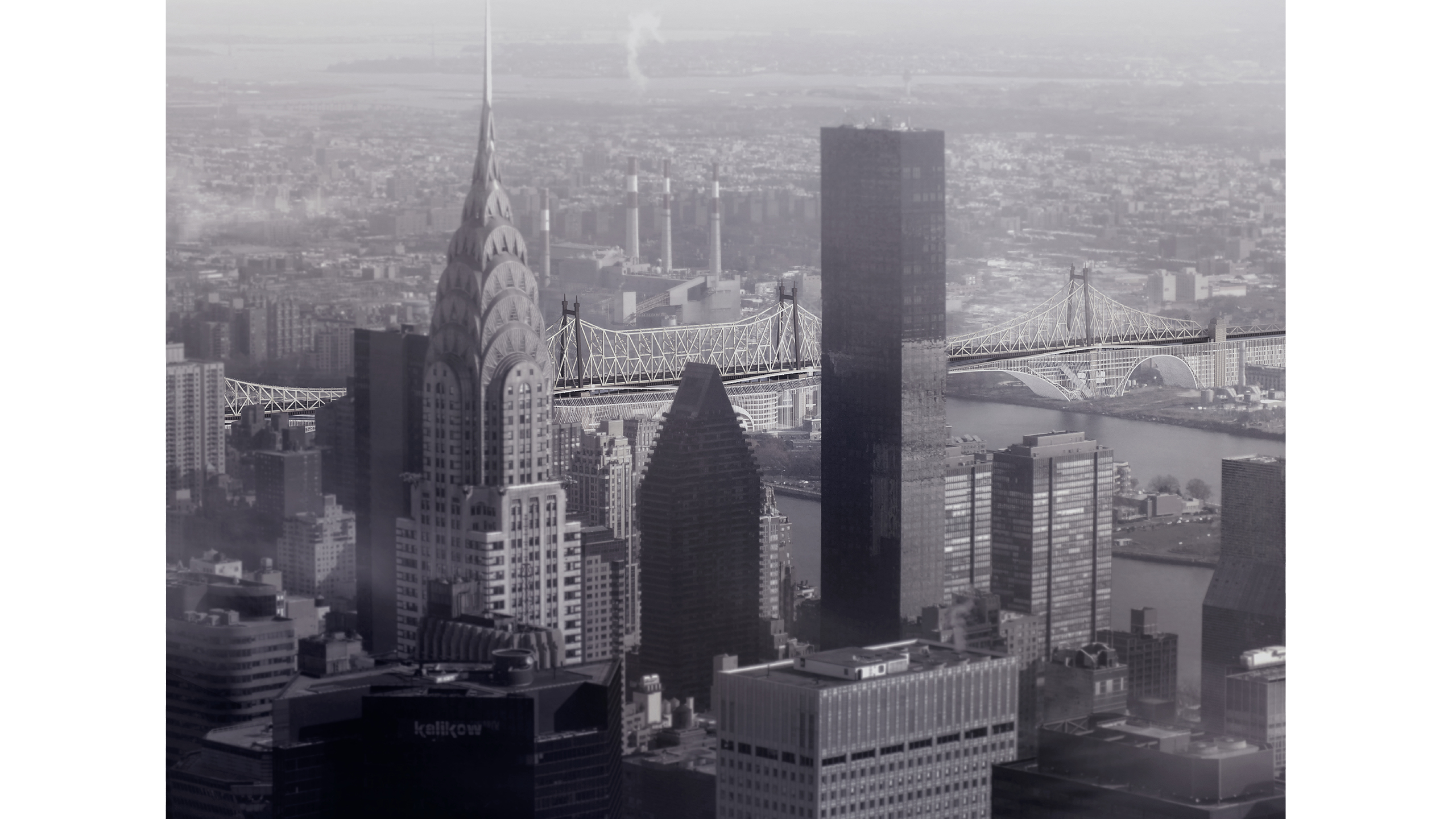 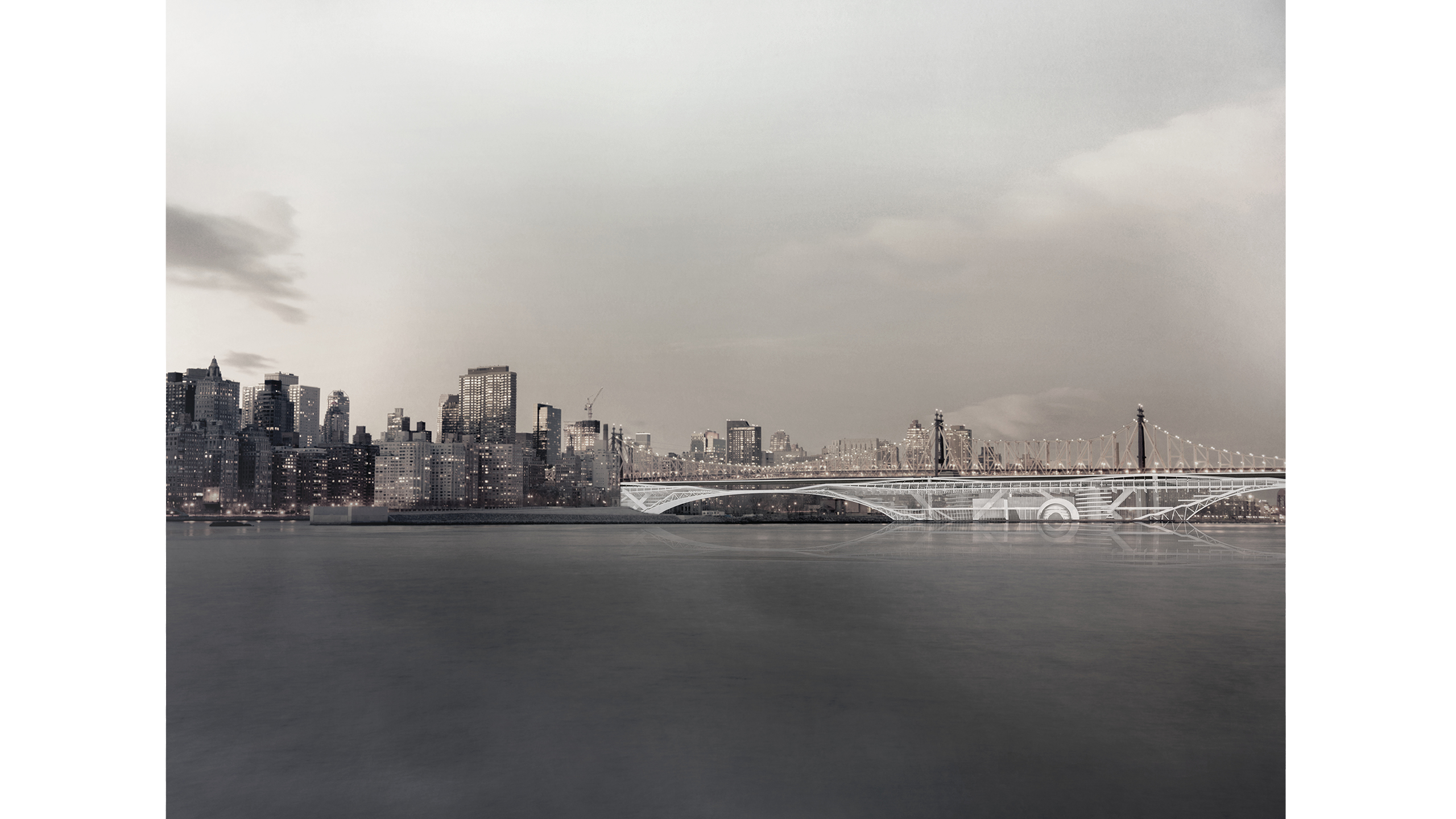 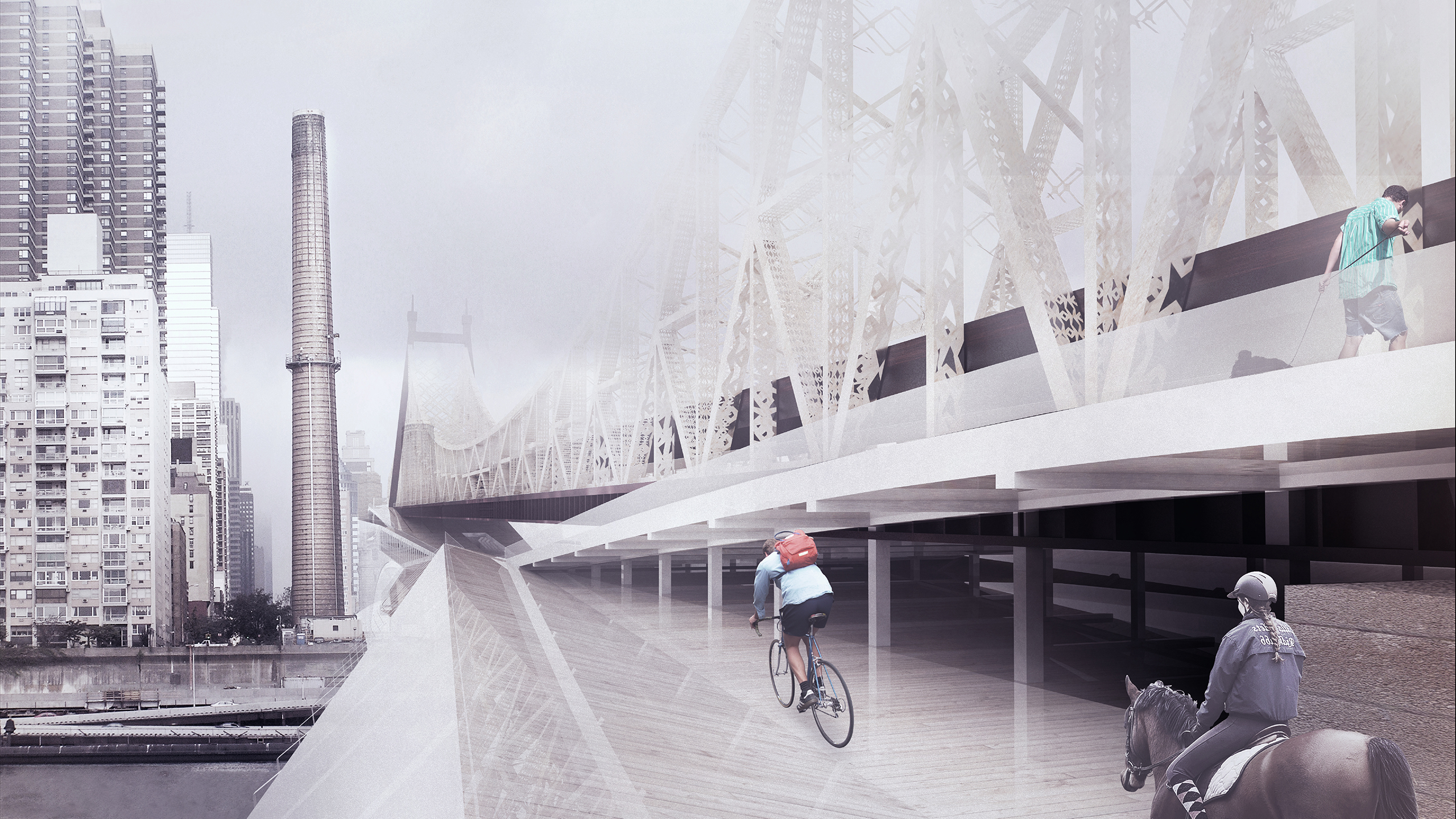 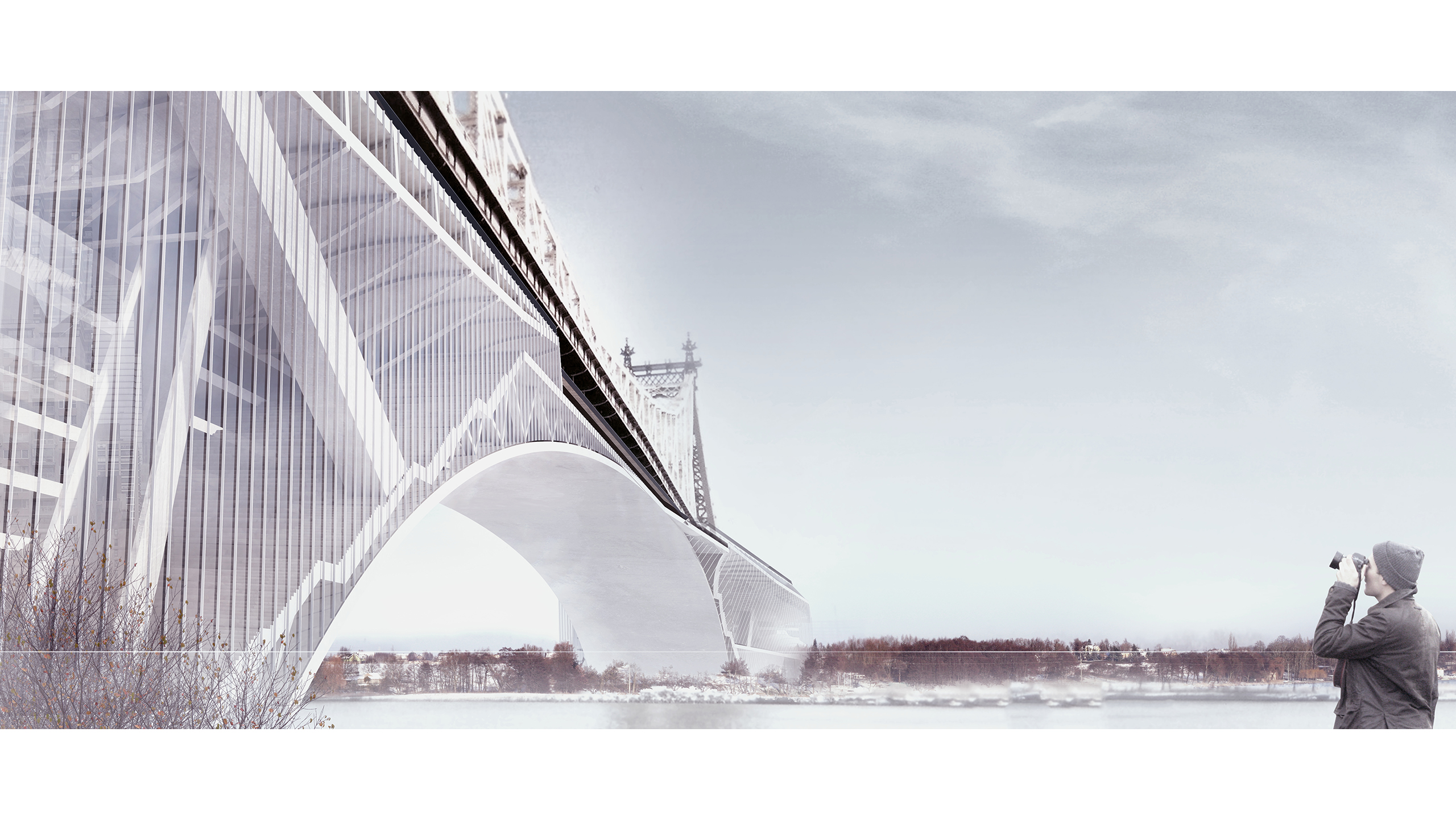 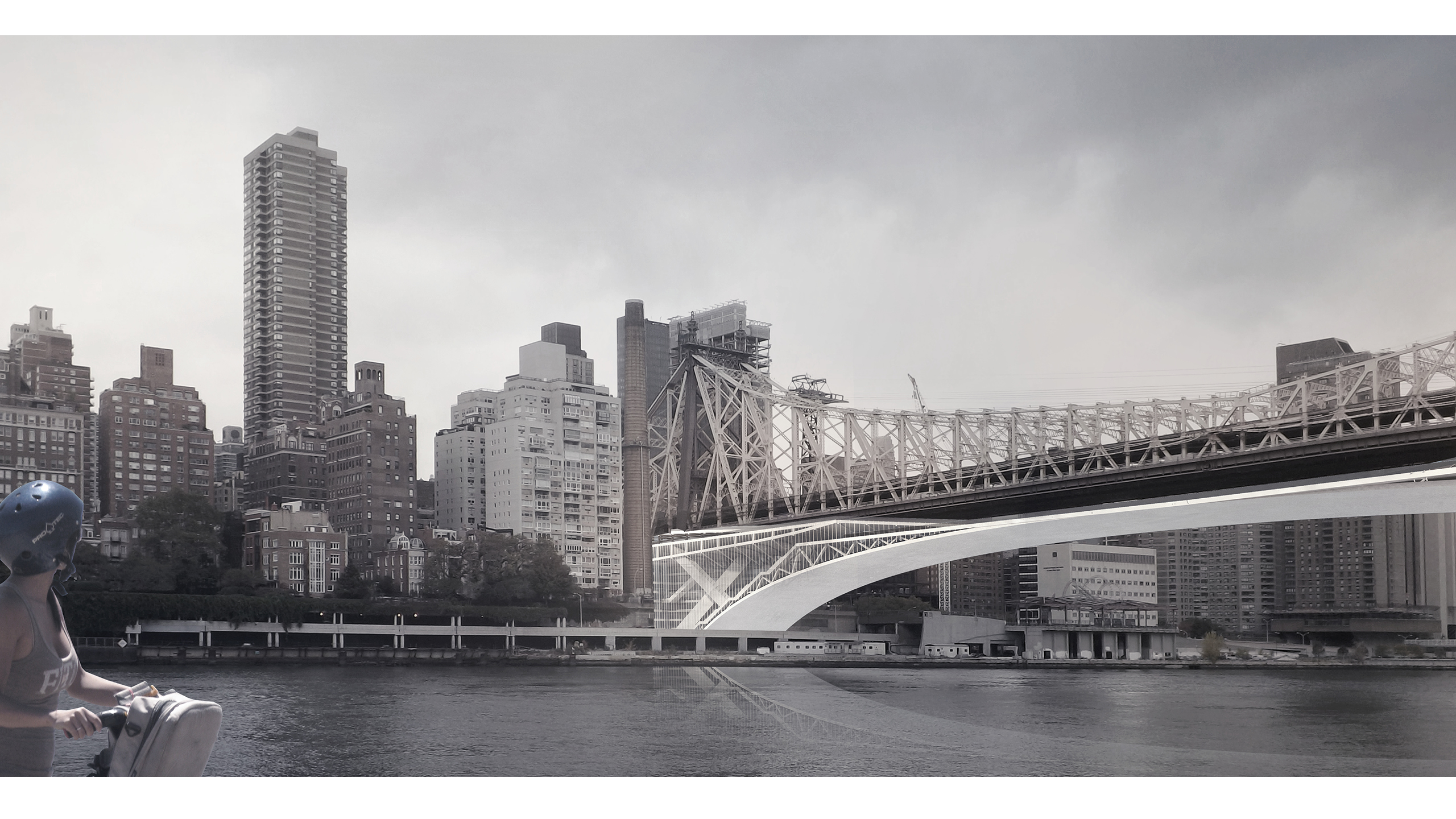 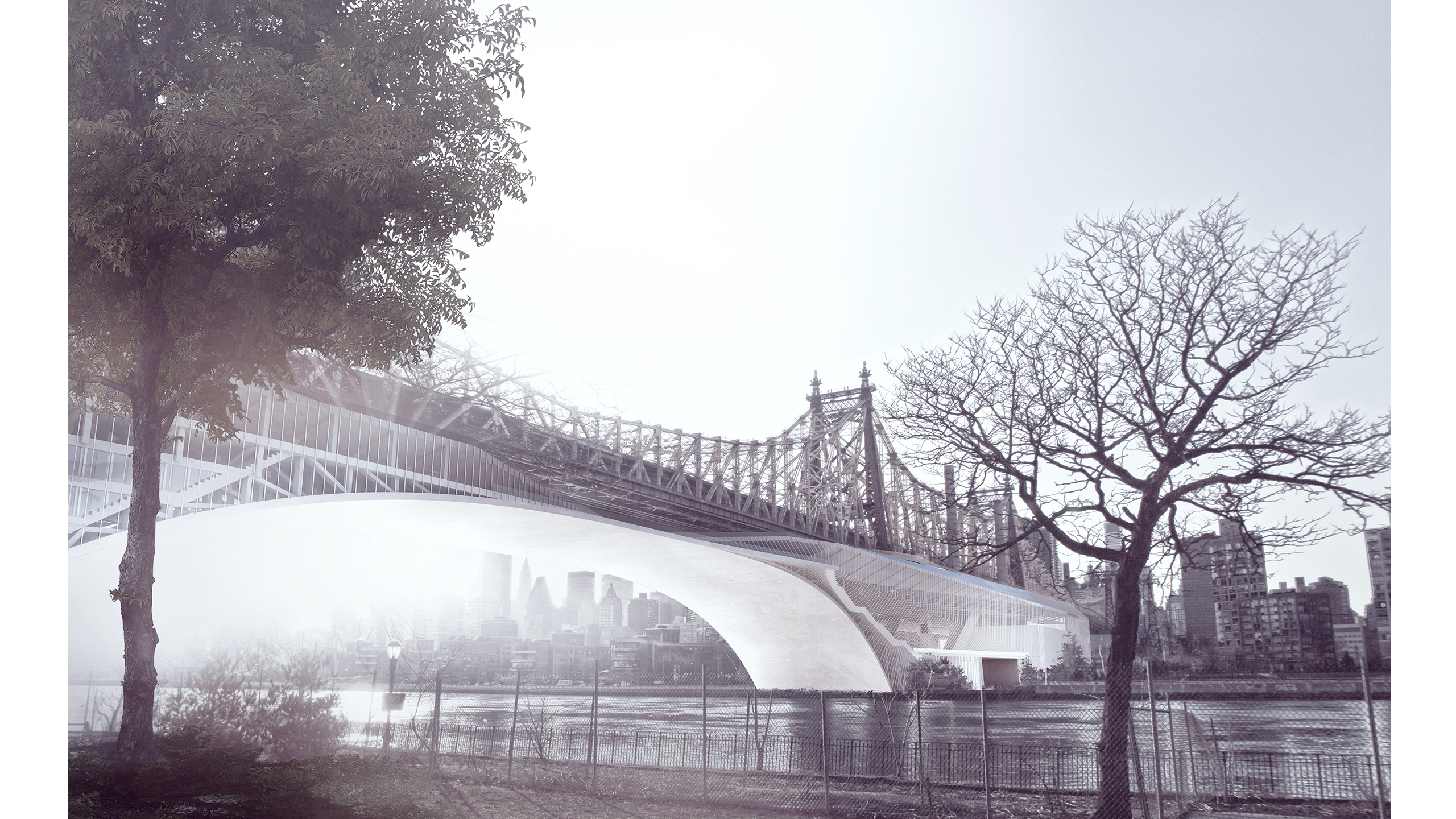 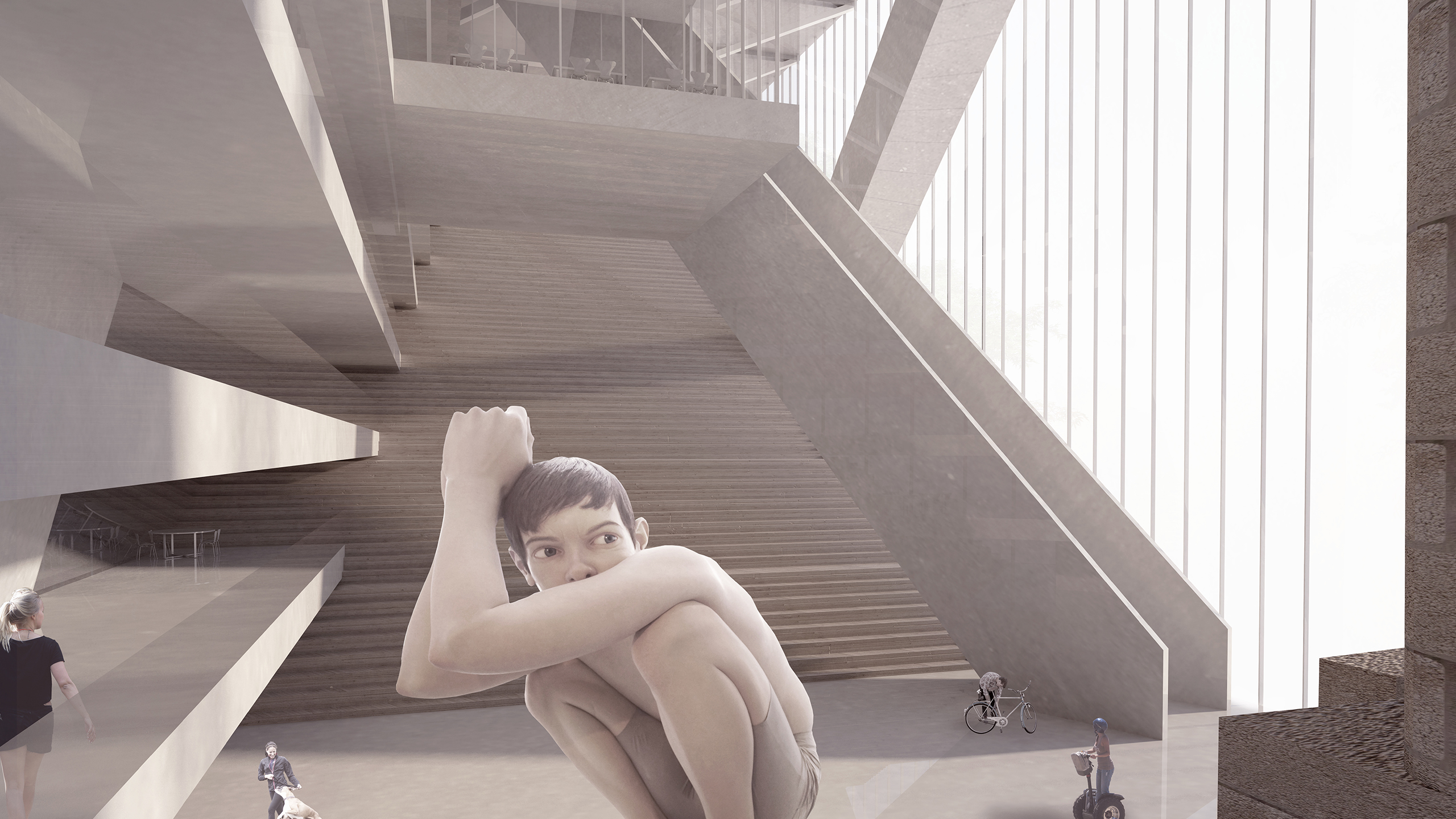 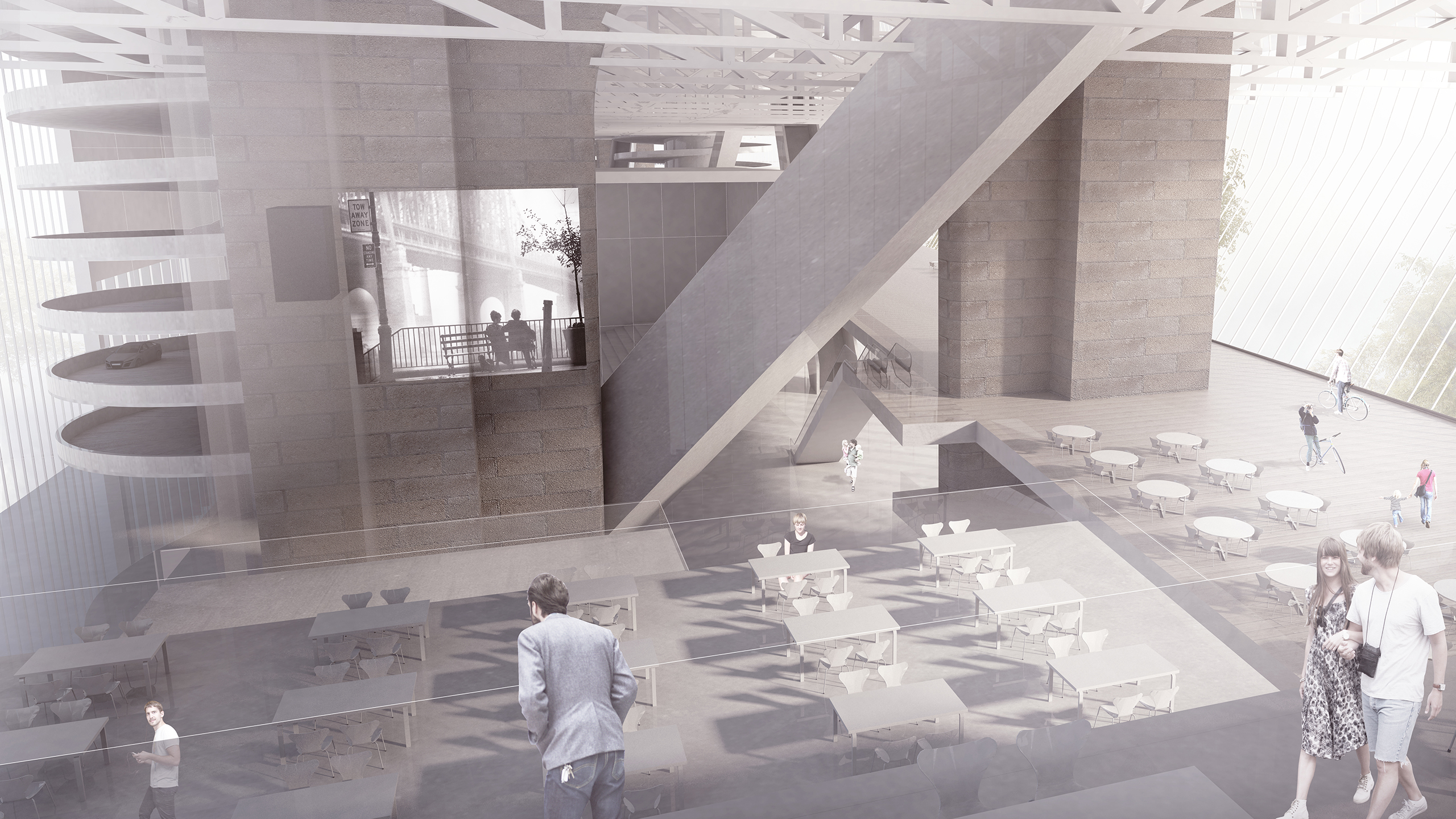 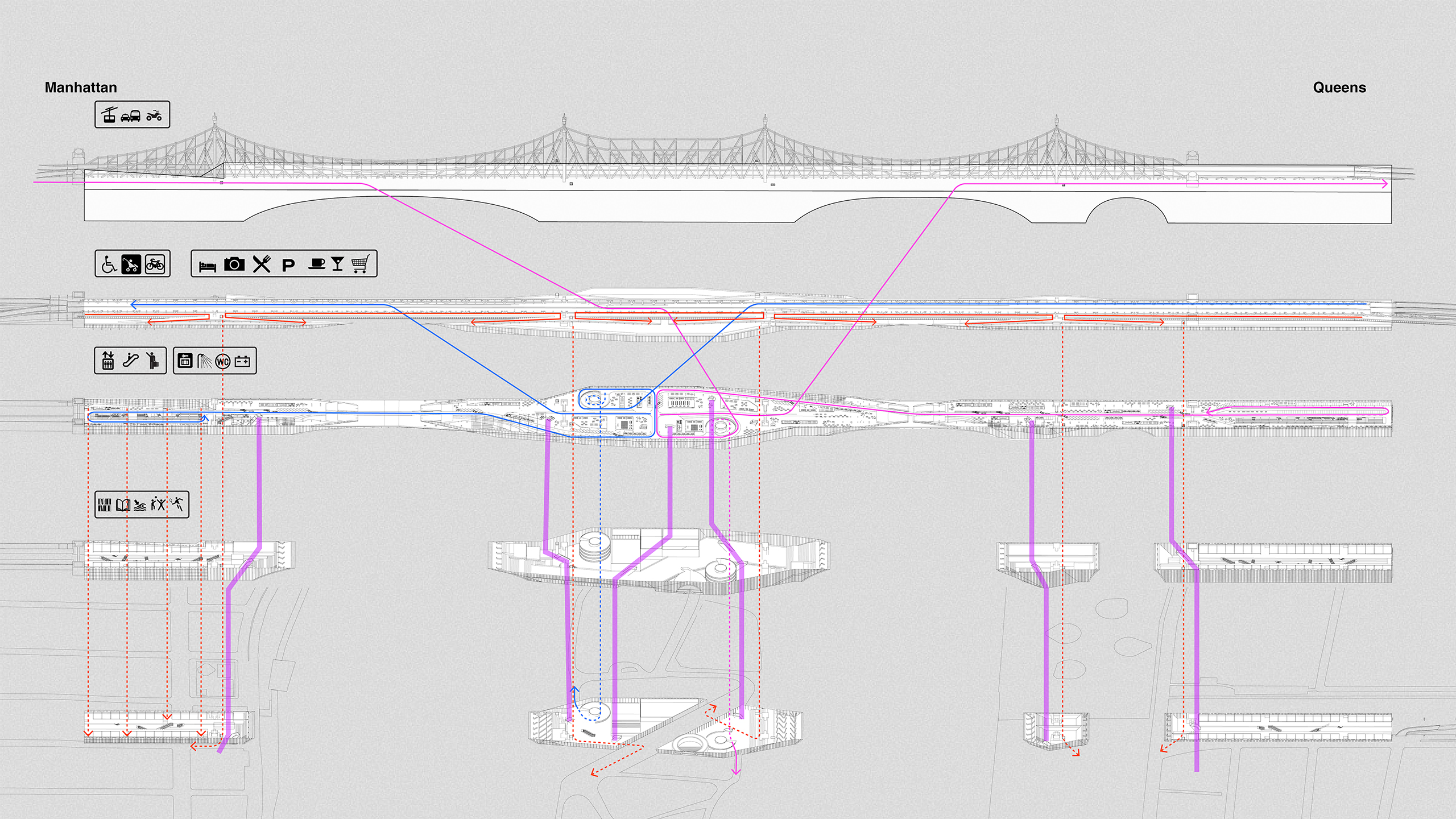 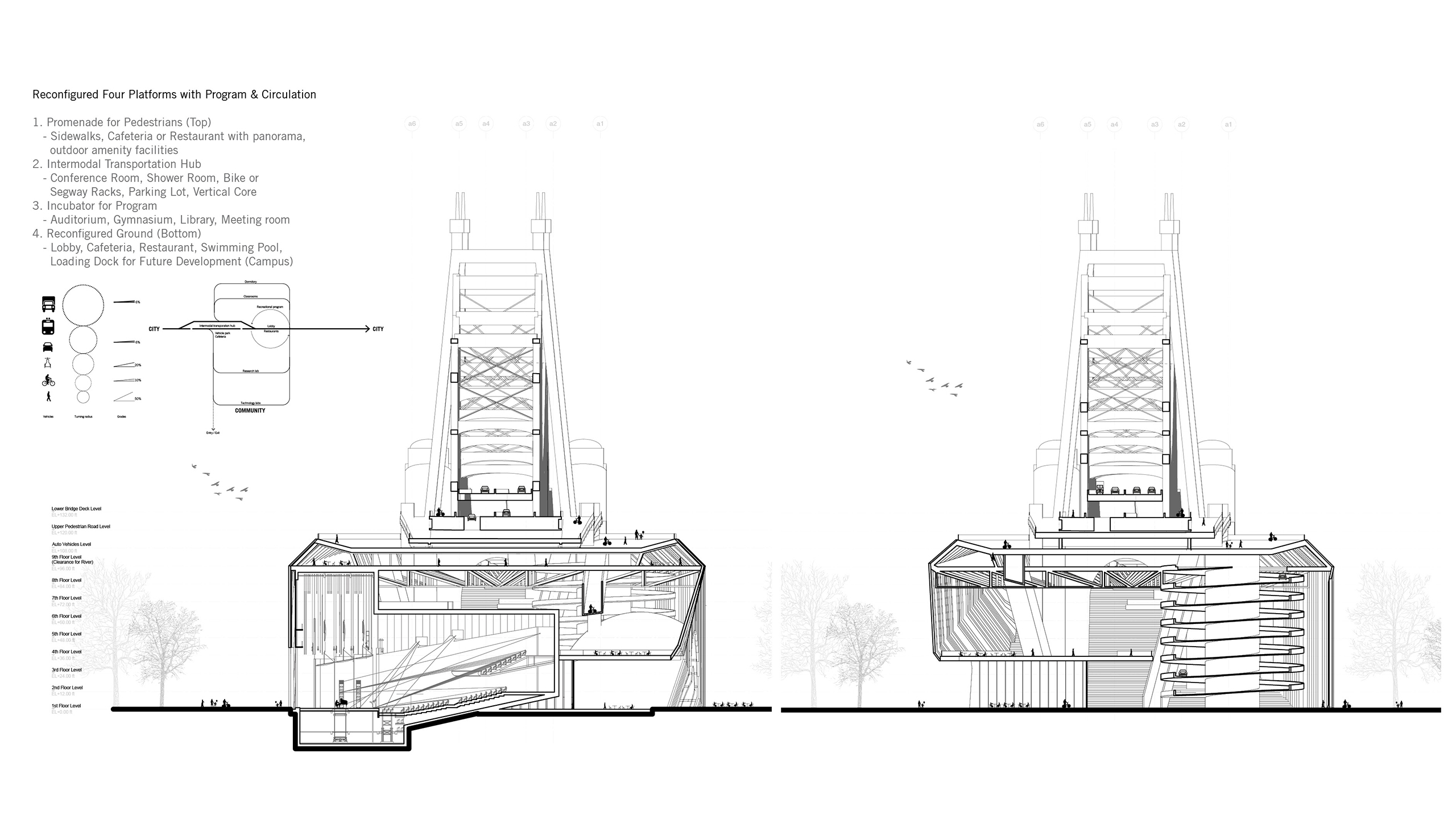 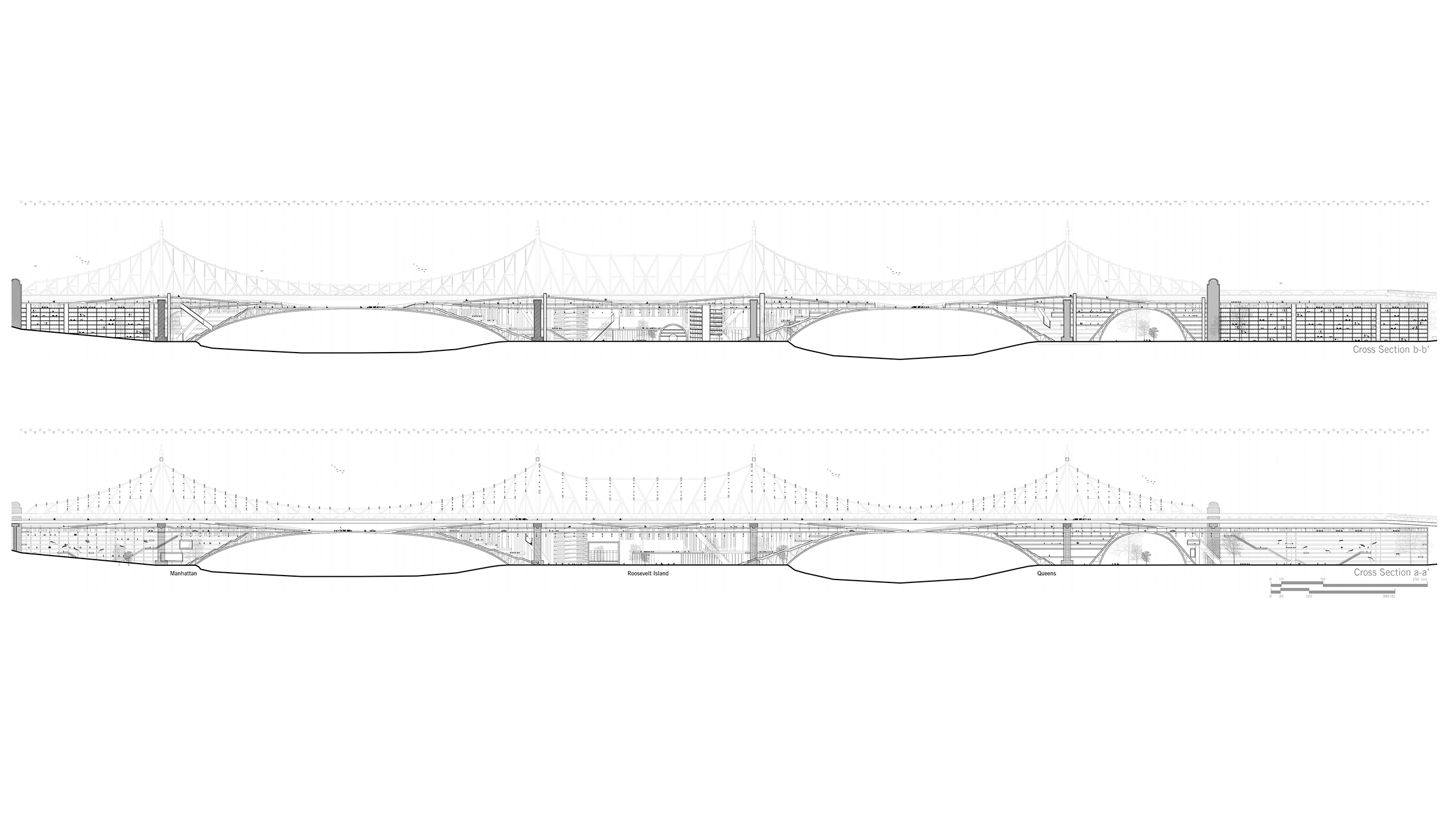 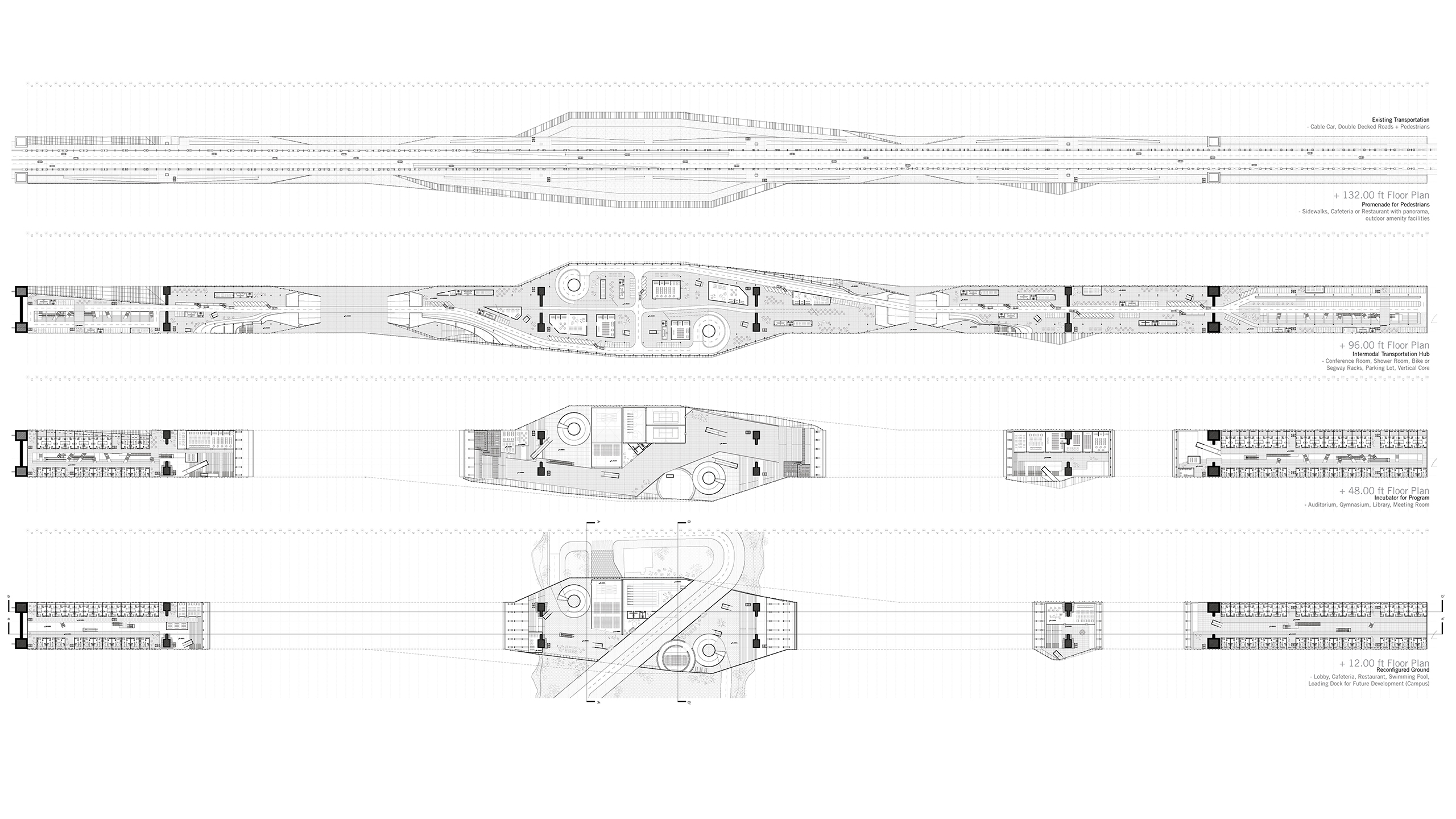 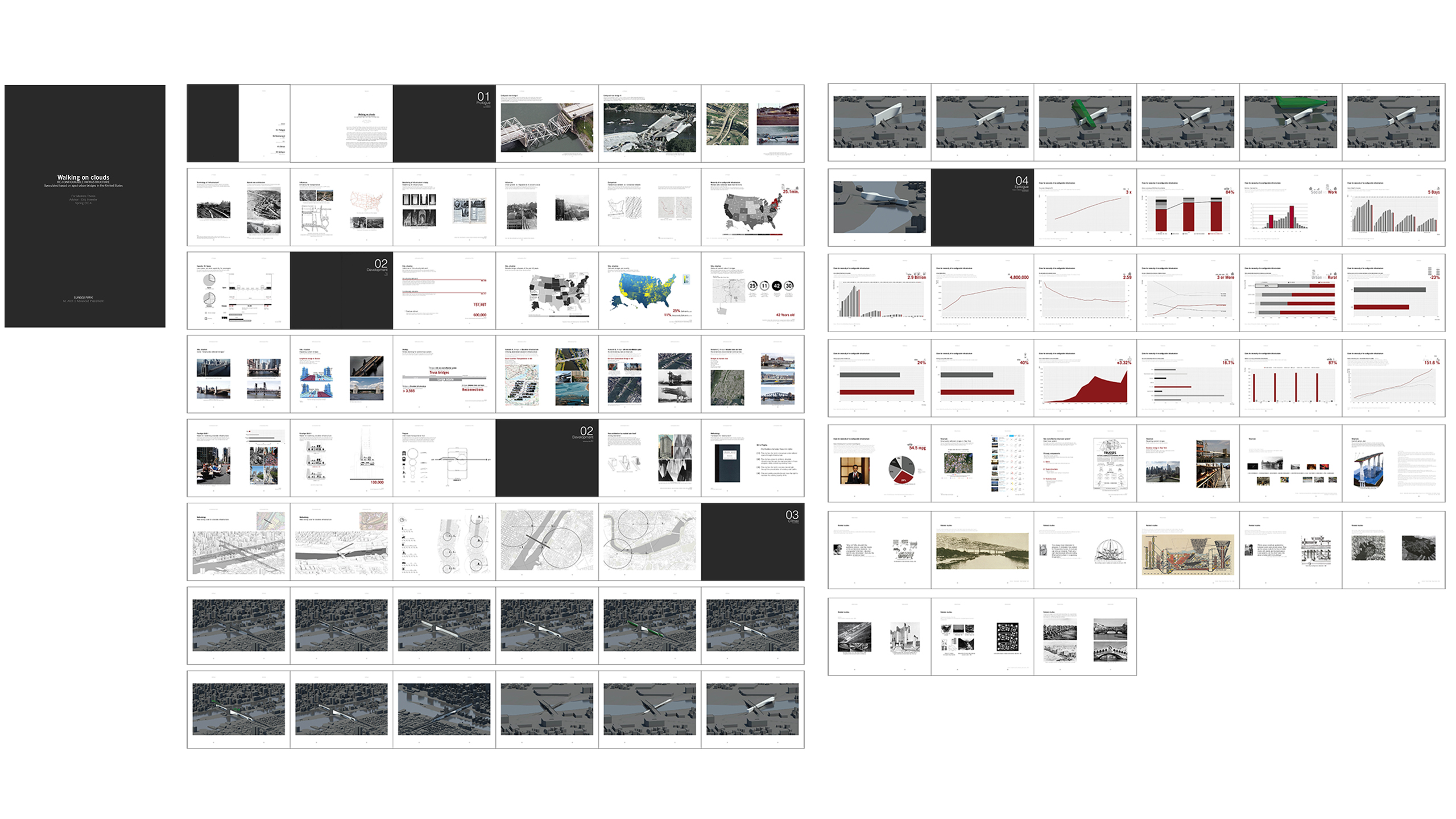 Selected by Faculty for Inclusion in Design Works